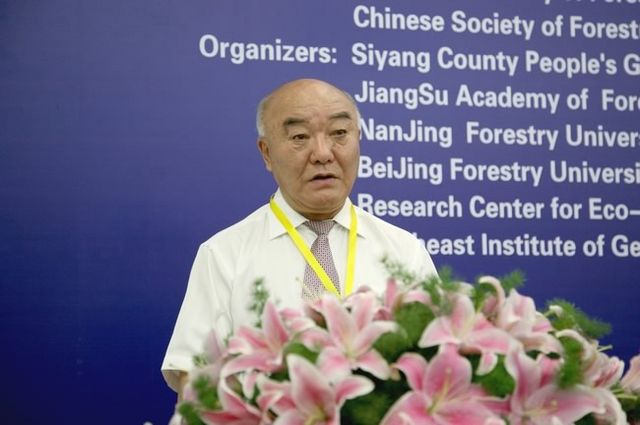 Ma Jianzhang was born on July 20, 1937, in Fuxin，Liaoning province. In 1960, he graduated from the Northeast Forestry Institute. Now he works as a professor in Northeast Forestry University, engaged in the teaching work and scientific research on the management of forestry engineering. Taking the situation of China into consideration, he is the first to introduce the wildlife management policy of protection, domestication, and utilization. He has put forward and produced theories likeManagement of Endangered Species, Habitat Selection and Improvement, and Environmental Capacity, which have laid a theoretical foundation for the wildlife management and construction of nature reserve around China. He was in charge of the survey, planning, and design of the China’s first “Open International Hunting Ground” and “Wetland Nature Reserve” and “the China Wildlife Conservation and Management Talents Training Center”, which has opened up a new route for wildlife conservation and utilization, the expansion of endangered animal populations, and talent cultivation. In 1995 Ma Jianzhang became an academician of the Chinese Academy of Engineering. 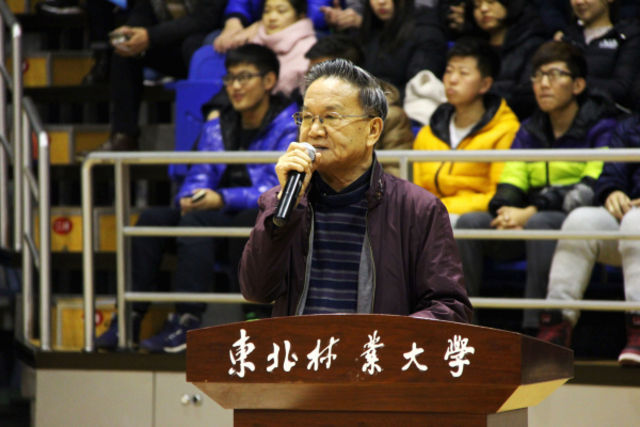 Li Jian, professor, and doctoral supervisor, is the academic leader of wood science and technology. Li serves concurrently as the executive director of International Association of Wood Products Societies (IAWPS), the organizer of the appraisal group for the Forestry Engineering Discipline of the State Council Degree Committee, the deputy director of the Commission of Teaching Instruction of the Ministry of Agriculture and Forestry Engineering and the chairman of the Forestry Engineering Committee. He is also the vice president of Western Returned Scholars Association in Heilongjiang province, and the wise president of Doctoral Academic Research in Heilongjiang province and the president of the Forestry Commission. Engaging in teaching and scientific research of wood science and engineering, Li Jian actively advocates the cross integration between wood science and related disciplines, and pays close attention to the urgent need of the development of the discipline and the vital technical problems which need to be solved in the production practice, in order to scientifically push forward the industrial technology progress.

Li Jian directed and completed 19 national and provincial scientific research projects, and won a variety of prizes, including one Second-class Prize of National Technological Invention, one Second-class Prize of National Scientific and Technological Progress, a provincial award of major benefits of science and technology, the first prize of provincial science and technology three times, and seven Second-class prize of provincial science and technology. He also holds 6 authorized invention patents. Together with 19 books, he has published 278 papers (cited in SCI-22, EI-42, CAB-105, CSCD-108), which were quoted 2,501 times by other scientists .He has been awarded the title of Chinese Doctorate Receiver for Remarkable Contribution by the State Council Degree Committee, and the title of National Young and Middle-aged Expert with Outstanding Contributions by the State Personnel Department. He was rated as the Advanced Worker during the Seventh and Eighth Five-year plan period in the popularization of scientific and technological achievements. He was awarded the National Excellent Forestry Science and Technology Worker, the May 1stLabor Medal in Hei Longjiang province, the Provincial Patriotism Prize for Returned Overseas Scholars, and the Science & Technology Progress Award of He-Liang-He-Li Foundation in 2004. In 2011 Li Jian became an academician of the Chinese Academy of Engineering. 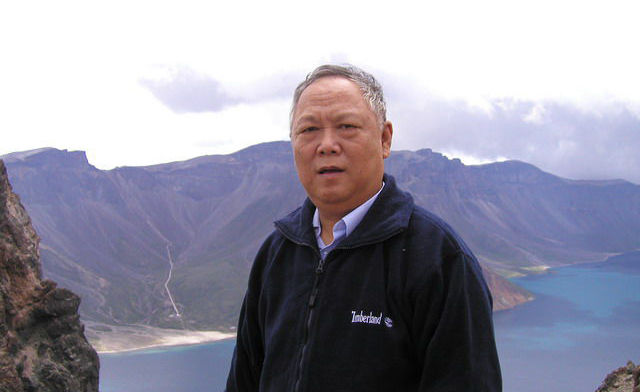 Tang Shouzheng is a famous Forest Management Scientist, a Forest Mathematician, a member of Chinese Academy of Sciences, a National Young and Middle-aged Expert with Outstanding Contributions, and Winner of a Special Government Allowance. In 1991, he won the title of Chinese Doctor and Master with Outstanding Contributions awarded by the State Education Commission and the State Council Degree Committee. In 2000, he was rated as the National Advanced Worker in Agricultural Science and Technology.

Tang Shouzheng has been working for many years on forest surveying, forest management, and forest mathematics, studying the application of the computer mathematical models in forestry. He has been obtaining eight scientific achievements, publishing two monographs, one translation, and more than 50 papers. He presided over theStanding Forest Dynamic Model and the Model of Technology Research, putting forward the concept of the integrated stand growth model and the principle of model compatibility, and created the forest stand growth model.

He presided over research on planted forests in southern China and intensive management technology, which took the research on forest management in China to a new stage. He put forward a forest resources management technology which consists of three feedback loops—decision, information, and implementation—and a method of quantitative evaluation management measures. These achieved international recognition for his work in these key technologies. The project received the Scientific and Technological Progress Award by the Ministry of Forestry in 1995, and the National Scientific and Technological Progress second prize in 1997.

In his projectThe Application of Multivariate Statistical Analysis Method in Forestry and the Study of IBM-PC Series Program, he systematically introduces the modern quantitative analysis method into Chinese forestry production and scientific research and teaching for the first time. This performed an important role in forestry production, scientific research and teaching. For the achievement of this project, he was awarded the Scientific and Technological Progress Second Prize in 1991.He presided over the ministerial important projectResearch into the Development Trends of National Timber Forest Resources and put forward the wide age transition matrix model for the prediction of large area of forest resource trends which was used for the first time to predict the timber forest resources in China and its development trends. The research and results of this project were awarded the Scientific and Technological Progress Third Prize in 1986.

As a main participant, he played a key role in the projectSatellite Digital Image Processing System for Forest Resources Survey which was awarded the Scientific and Technological Progress Second Prize in 1988 and the National Scientific and Technological Progress third prize in 1989. He presided over theInvestigation Method Research on the Aerial Photographs Quantitative Regression Forest Stock Volume, putting forward the method of the direct use of aerial photographs to estimate the number of standing stock regression, which has been widely applied. As a result of his contributions to the cause of scientific research and scientific construction, he was included in the list of top mathematicians in the world by the International Mathematical Society in 1990.

Tang Shouzheng graduated from Beijing Forestry College in 1963, received a doctor of science degree from Beijing Normal University in 1985 and in 1986 completed his forestry postdoctoral research in the University of New Brunswick in Canada. In China, he serves as a researcher at the Resources Information Institute of the Chinese Academy of Forestry, adjunct professor of Beijing Forestry University, honorary President of the mathematical branch of the Chinese Association of Agricultural Science Societies, vice President of the Forest management Branch of the China Forestry Association, a member of the standing committee of the Computer Branch of the China Forestry Association, and a member of the ninth session of the CPPCC national committee. 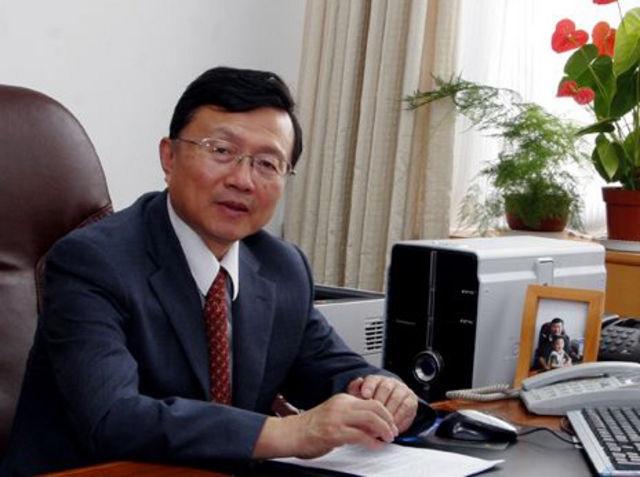 Song Zhanqian was born in July 1942 in Shanghai. In 1964, he graduated from the Department of Polymer Chemistry at the University of Science and Technology of China. From 1983 to 1984 and again in 1986, he went to study in the United States. In 1986, he was awarded the title of National Young and Middle-aged Expert with Outstanding Contributions. In 1993, he was employed as a doctoral supervisor by the Academic Degrees Committee of the State Council. In 1999, he was elected to the Chinese Academy of Engineering. At present he is the appraisal group leader for the Forestry Engineering Discipline of the State Council Degree Committee, a member of the State Forestry Administration Expert Advisory Committee, the deputy director and the chief scientist of the committee of the Chinese Academy of Forestry, chairman of the Forest Chemical Society, editor-in-chief of Chemistry and Industry of Forest Products, honorary editor-in-chief ofBiomass Chemical Engineering, editorial board member of more than 10 other magazines like Scientia Silvae Sinicae etc, adjunct professor of Northeast Forestry University and other colleges and universities, 10th and 11th Party Congress Delegate of Jiangsu province, and the member of 11th session of the CPPCC national committee.

Longtime engaged in the study of forest chemical processing, Song is one of the pioneers of the series of developments in forest chemistry and engineering in China, taking the lead in development of deep processing of rosin products, in engineering development and innovation in processing, and equipment, and has contributed greatly to the industry of deep processing of rosin in China. He was the first in the world to systematically research the chemical characteristics of pinus resin, which provided an important basis for the chemical classification of pine trees and development of rosin resources. In recent years, he has engaged in the development of biomass chemicals like cellulose and biological pesticides. He has undertaken more than 40 national, ministerial and provincial projects, and has been awarded 12 invention patents. He was twice awarded the National Scientific and Technological Progress second prize, once the third prize, the second prize of Provincial Science and Technology fifteen times. He has published one monograph and participated in two. He has published more than 200 academic theses. He has guided six masters, twenty doctoral students and four post-doctoral students. 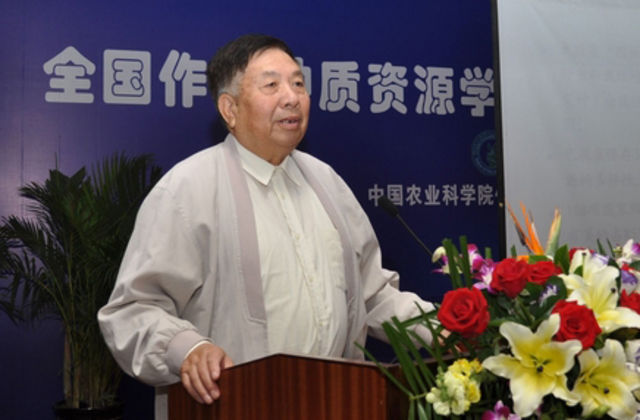 Fang Zhiyuan, researcher and head of the Vegetable Flower Institute of the Chinese Academy of Agricultural Sciences, was born on September 3, 1939 in Hengyang city of Hunan province, and graduated from Wuhan University in 1964. He started to conduct his research on the genetic breeding cabbage in the early 1970s. In 1973, being the first to use the self-incompatible approach, he cultivated the first generation of hybrid bred “Jingfeng No. 1” in China, and then 12 types of cabbage varieties, of which the cultivated area accounts for 60 to 70 per cent of the national total area, resulting in great economic benefits. The achievements of his studies, including the genetic mechanisms of self-incompatible and male sterile line and its breeding technology, have an important guiding role in the genetic breeding of cabbage in China. Fang was awarded one First-class Prize of National Invention Award and two Second-class Prizes of National Science & Technology Progress Awards. In 1995, he became a member of the Chinese Academy of Engineering. 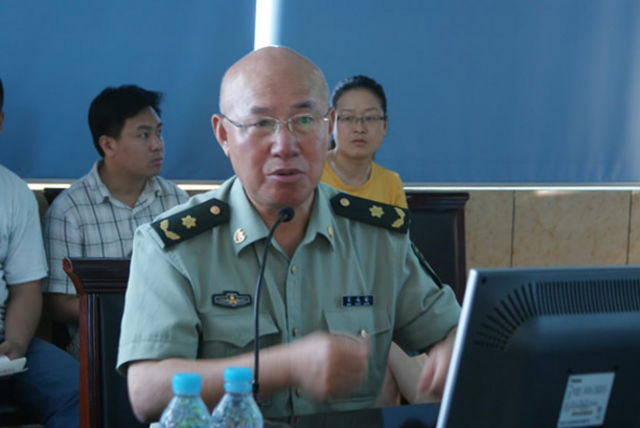 Xia Xianzhu, male,member of Communist Party of China, doctoral supervisor, born in Jianhu county of Jiangsu province in January 1939, is a researcher at the Veterinary Institute of the Military Munitions University and an NEFU expert group member. He graduated from Nanjing Agricultural University in 1965 and majored in veterinary science, and joined the army in the same year. He engaged in livestock epidemiology teaching and scientific research, focusing on military animals and the prevention and control of major wildlife epidemic diseases and zoonosis. He successfully isolated canine parvovirus, rotavirus, coronavirus, canine distemper, canine infectious hepatitis virus and cat hot blast, tiger flu and nasal infectious conjunctivitis viruses, and other animal viruses from dogs, foxes, pandas, lions, tigers and other animals. This identified the existence of the diseases in China caused by these viruses, among which the tiger influenza virus, panda coronavirus and canine distemper were identified for the first time. He established diagnostic methods like HA trace, CF, IFA, ELISA and PCR to isolate viruses and developed China’s first state approved weak poisonous combination vaccines used for dogs—the dog immovable weak poison vaccine. He is now doing research onthe Canine Rabies Gene Recombinant Vaccine andPrevention and Control of the Main Tiger and Panda Epidemic Disease. He has guided more than 30 doctoral and master’s students. He has published more than 80 papers and compiled a book entitledDog Breeding. He won two Second-class and one Third-class Prizes of National Science & Technology Progress Awards, seven Second-class and nine Third-class Prizes of Provincial and Ministerial Scientific and Technological Progress Awards, and the titles like the National Excellent Teacher, Outstanding Member of Communist Party of the General Logistics Department, National Young and Middle-aged Expert with Remarkable Contributions and so on. He has been awarded three Third-class Merits and enjoys special government allowances.